It is easy for us today to look at 19th-century medical devices as nothing more than quackery, the ineffective tools of fraudulent or ignorant medical practices. But the actual history is a bit more complicated.

In the 1850s, leading scientists and medical professionals endorsed Davis & Kidder’s Patent Magneto-Electric Machine for Nervous Diseases [above], and the ubiquity of the devices in museum collections is a testament to their popularity. So was it quackery or a pioneering innovation?

The machine’s inventor was Ari Davis, who was granted U.S. patent 11,415 on 1 August 1854. Davis was not a medical doctor, nor was he a scientist investigating the properties and uses of electromagnetism. Rather, he was a skilled machinist who had patented another device (U.S. patent 10,788) earlier that year for making wooden boxes with metal-reinforced dovetailed corners.

With these two inventions, Davis built an electrotherapy medical device that was compact, lightweight, durable, efficient, portable, and above all, cheap. Although those are all fine attributes for success, it also had a lot of competition. Decades earlier, scientists and doctors had recognized that electricity could cause involuntary muscle contraction and set about investigating it for treating all sorts of ailments. By the time Davis patented his device, electrotherapeutics was a burgeoning field, with its own professional journals and many treatments and devices on offer.

Within a year, Davis sold both patent rights to Walter Kidder, reportedly for US $4,000 (about $115,000 today). Unlike Davis, Kidder was a medical doctor. A year later Kidder sold the rights to his brother-in-law, William Henry Burnap, a marketing whiz who became the manufacturer and popularizer of the device.

In a practice common in the 19th century, Burnap included a lengthy label inside the box lid. He initially branded the machine with both Davis’s and Kidder’s names and highlighted its patented status. Detailed instructions explained how to use the device and its myriad applications. Among the nervous diseases it claimed to treat were toothache and “female hysteria.”

The patient held a metal electrode in each hand while the operator turned the crank. The crank engaged a series of gears, which in turn rotated a rod that was attached to two solenoids. The solenoids spun parallel to a large horseshoe magnet, thus producing an electrical current. There was also a handle to change between DC and AC, or what Davis called in his patent “to-and-fro” current. Although the level of current was uneven, the operator could adjust the strength by moving the rod. The operator could also place wet sponges on the electrodes, which helped reduce the unpleasant prickling sensation of being shocked. Doctors were advised never to pack the wet sponges back in the box and to oil the machine occasionally.

Burnap advertised the product widely, including in the American Phrenological Journal and the Water-Cure Journal. At the time, both phrenology (the study of the shape of the skull as a predictor of intelligence and personality) and hydrotherapy (the treatment of disease through bathing) were popular and regarded as scientifically sound.

Of course, today those fields definitely fall into the category of quackery. Electrotherapy, on the other hand, is not as clear-cut. Throughout the 19th century, doctors and scientists investigated electrical stimulation as a treatment for all manner of physical and mental disorders, including nervous diseases (such as ennui and hysteria), muscular atrophy, and even toothache. Burnap capitalized on these demands with ads claiming that Davis and Kidder’s machine could treat all of those ailments and more. Later versions of the device were marketed to invalids who were suffering from rheumatism and various other complaints.

These ailments are real and can be painful to the point of debilitating, with effective treatment often elusive. It’s no mystery why patients would try even the most experimental practices to find relief.

But did it work? The machine came with two extremely persuasive endorsements from Benjamin Silliman and Charles Grafton Page, both of whom were leading scientists of the day.

Silliman, one of the first science professors at Yale College and one of the founding faculty members of its medical school, had gotten a sneak peek at Ari Davis’s device a few months before the patent was conferred. In a letter to Davis, he wrote that Kidder had shown him the machine, and he offered an appreciative assessment: “For neatness, compactness, and facility and energy of operation, it is far superior to any instrument of the kind which I have seen. For medical applications, it possesses very decided advantages.”

Page, an equally credentialed doctor, electrical experimenter, and professor at Columbian College (now George Washington University), also gave a glowing endorsement. A former patent examiner and consultant to the Smithsonian Institution, he was an outspoken critic of the misappropriation or fraudulent use of science—what we would call pseudoscience. If prestigious, serious-minded men like Page and Silliman were willing to give the invention their mark of approval, it had to be effective—right?

Again, we have to consider the device as a product of its times. In 1855, the French neurologist Guillaume-Benjamin Duchenne had published a textbook outlining his diagnostic principles and his use of electrical current for treating disease. Duchenne had wide-ranging research interests, but much of his fame came from using localized electrical shocks to map muscle control in the human face. A supplement to the second edition of his textbook included photographs depicting various reactions to stimuli, making it the first neurological text illustrated with photographic evidence.

Few Americans knew of this work until Silas Weir Mitchell, George Read Morehouse, and William Williams Keen published their 1864 textbook Gunshot Wounds, and Other Injuries of Nerves, which described and affirmed most of Duchenne’s views. They introduced their chapter on the use of electricity in the diagnosis, prognosis, and treatment of nerve injuries by stating that electricity was the “most overrated and underrated of all the medical armamenta.” They recommended the creation of an electromagnetic instrument in which the current was produced by a clockwork device.

Davis and Kidder’s machine clearly fit the bill. Thousands of the machines were eventually made, and a number of them have found their way into museum collections around the world. Curators now have to decide how to interpret the device. Was it complete fraud, or did it bring patients comfort and relief from pain? Lack of patient records or double-blind clinical trials make it difficult to draw any direct comparisons to today’s standards. As our understanding of what even constitutes science and medicine continues to evolve, museum visitors are challenged to think about the historical context of these medical instruments and their uses.

The device pictured at the top is currently on display at the Science Museum of London in its Making the Modern World gallery, where the device is deemed “little more than medical quackery.” Virginia Commonwealth University, which has one in storage, took a similar path, referring to it as a “quack instrument.” But the National Museum of Civil War Medicine was not so quick to dismiss its place in medical history, instead tracing its ties to earlier treatments as well as modern-day devices.

So, effective treatment or utter quackery? You can always try it out for yourself. Davis and Kidder’s machines come up for sale on auction sites regularly, and apparently some are still in working order.

Or you could stop by your local pharmacy and pick up the 21st-century equivalent: a transcutaneous electrical nerve stimulation (or TENS) device. These battery-operated gadgets provide an electrical current to mitigate pain. Although they have been shown to be effective in some clinical trials for acute pain, it’s less clear how individuals respond to TENS treatment for chronic pain.

Sometimes, history refuses to reveal itself. This is one of those cases. When I started researching Ari Davis, I kept coming across his name in reference to another famous inventor, Elias Howe, who is often credited with inventing the lockstitch sewing machine.

Ari Davis owned a shop in Cambridge, Mass., that repaired small machines such as clocks, watches, and surveying instruments. He employed Howe as a machinist. According to one tale, a customer came into the shop trying to perfect a knitting machine. Davis asked why he didn’t just build a sewing machine, and boasted that he could do so himself. Howe overheard the conversation and took on the challenge, which became the lockstitch sewing machine.

But was this Ari Davis the same Ari Davis who invented the electrotherapy machine? The patents for the electrotherapy and its box list Davis as a resident of New York City and Washington, D.C., not Cambridge. My cursory review of city directories and census records yielded nothing definitive.

The plot thickened when I tried to find out how Davis may have known Walter Kidder. Kidder resided in New York from about 1852 to 1856, which spans the time of Davis’s two patents. And Kidder spent most of his life in Lowell, Mass., which is just 43 kilometers from Cambridge.

Then I found an advertisement in the 6 December 1855 New York Times announcing that auctioneer Albert H. Nicolay had listed Davis’s two patents for bid later that day. So it is quite possible that Kidder never knew Davis and just bought the patents at auction. And it’s also quite possible that there were two Ari Davises tinkering with instruments—one in New York, the other in Massachusetts. If any reader can help me tie up this historical loose end, I would be grateful.

An abridged version of this article appears in the March 2019 print issue as “Shock Your Way to Good Health.”

Part of a continuing series looking at photographs of historical artifacts that embrace the boundless potential of technology.

Allison Marsh is an associate professor of history at the University of South Carolina and codirector of the university’s Ann Johnson Institute for Science, Technology & Society. 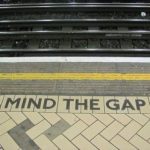