Tencent does not have many ventures in Latin America; its latest was a $90 million investment in Brazilian fintech Nubank in October.

In light of Argentina’s recession, last year’s currency crisis and the looming presidential election in October, investors have become nervous about the country’s prospects.

Despite less than half of Argentina’s population having a bank account, Uala sees potential in the country, having issued more than 500,000 prepaid cards by December 2018. The company is likely to start lending through its mobile app later this year.

Optimize Your B2B Content Performance with an SEO Audit 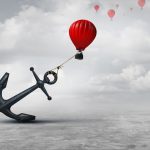 The IoT is being hindered by full-time cybersecurity talent shortage

Zillow lays off 55 employees in Texas as it shuts down its...