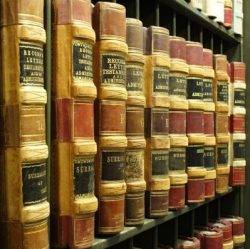 This year is set to be a busy year for HR and employment law. From post-Brexit immigration rule changes and gender pay gap reporting, to age discrimination at work, employers are faced with amended employment laws and new deadlines for their organisation to meet. These are ten important areas of the law that HR professionals and business owners need to be aware of.

The hourly apprentice rate has also increased to £3.90 per hour.

4) Payslips
From 6 April 2019, the legal right to an itemised payslip was extended from employees to those recognised as being ‘workers’. Best practice will be for employers to ensure all engaged by the business are given wage slips to avoid any issues. Employers will now also be required to include the total number of hours worked on payslips for those whose wages vary depending on how much time they have worked.

5) Settled Status for EU nationals
If your business comprises European workers living in the UK, they will be able to apply for settled status, allowing them to remain indefinitely in the UK following the end of the Brexit transition period in 2021.

Do ensure that you are providing enough information to your workforce about this so they can research their own position or seek support from you as their employer.

6) Gender Pay Gap Reporting
Private organisations with 250 or more employees were again required to publish their gender pay gap figures on the 4 April. You will recall that employers have already published their figures but this time around, there was scrutiny against 2018 figures to see whether businesses have actively taken steps to address and reduce any significant pay disparity.

The reports must be published on the business’ website as well as on the www.gov.uk site, accompanied by a written statement confirming their accuracy and signed by a senior person as prescribed by the regulations.

8) Parental bereavement leave and pay
From April 2020, a right will be introduced for bereaved parents to take paid time off work. The current proposals allow bereaved parents to take leave as a two-week period, two separate periods of one week, or as a single week. They have 56 weeks from the date of their child’s death to take leave. Whilst the introduction of this is a year away, business owners should start preparing for it during 2019 and look at introducing a policy to deal with such an unfortunate event.

9) New mums to receive greater protection from redundancy
This consultation, which closes in April, proposes that the current legal protection against redundancy for pregnant women and new mothers on maternity leave is extended to continue for up to six months after they return to work. The consultation also proposes that this protection is also in place for those returning from adoption and shared parental leave.

10) New guidance against age discrimination at work
The number of older workers across our working population is steadily increasing with those over 50 representing nearly a third of the UK workforce. ACAS have issued new guidance for employers which provides clear and important advice for on how to comply with the Equality Act 2010 and work to stamp out age discrimination in the workplace.

The post Ten employment law changes to look out for in the rest of 2019 appeared first on Workplace Insight. 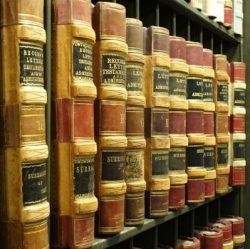 People centric innovation will be key business priority in near future

Is it time to get rid of all workplace policies and procedures?

6 indicted in cryptocurrency and NFT fraud schemes that netted more than...

Changing of the Guard for British Banks Nationwide and Barclays as Top...