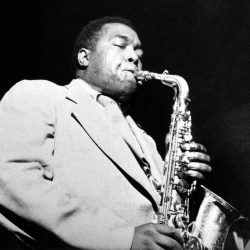 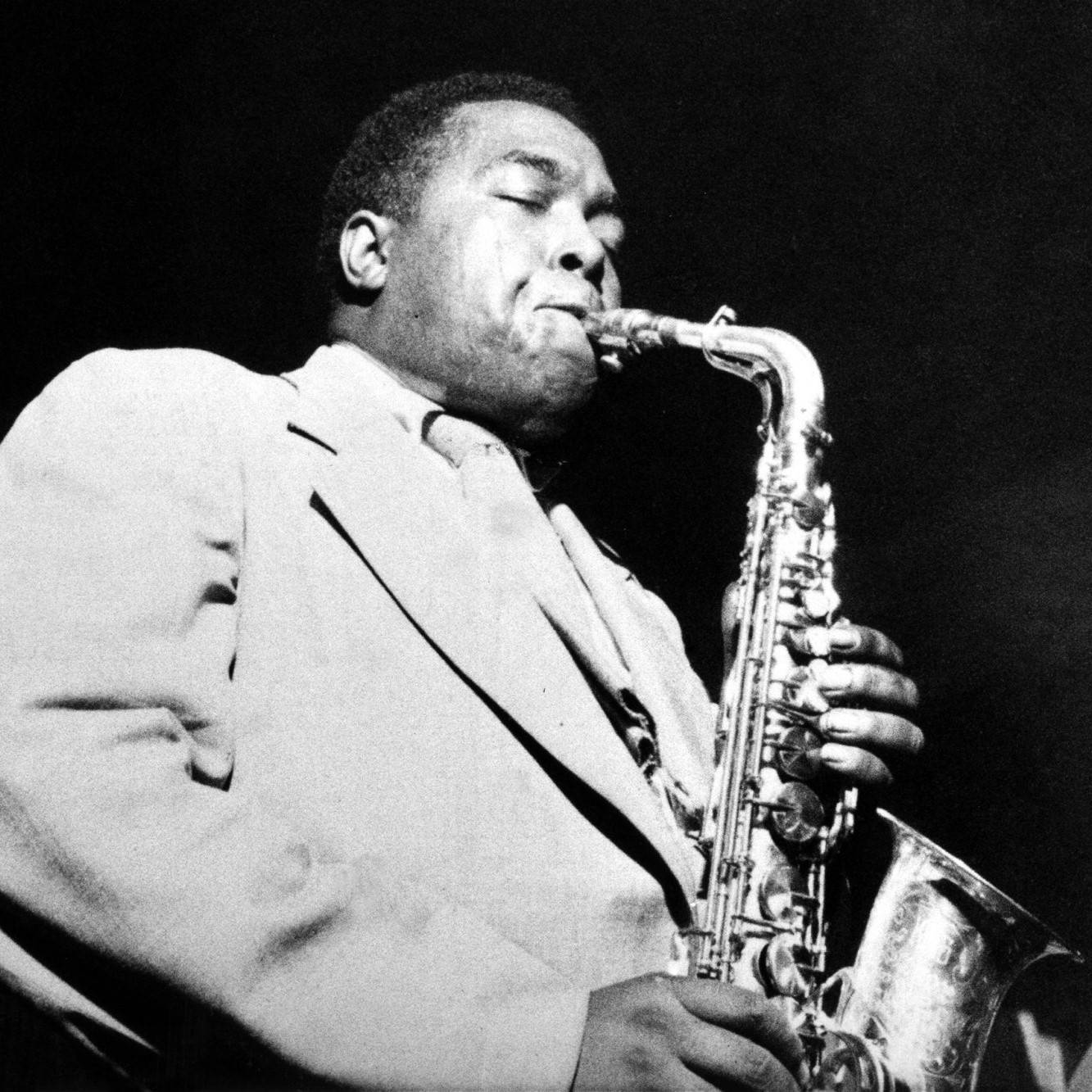 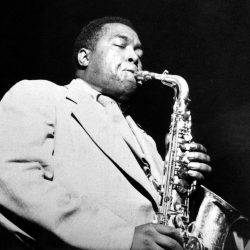 We are often told that one of the main objectives of workplace design these days is to help people become more creative. Now, there are all sorts of complications bound up in this, not least the assumption that you can help or even will people to become more creative, especially in an environment that still wants, in some way at least, to supervise what they do and when and where they do it. A working environment designed for creativity only works in the context of a culture that facilitates it. And here’s where the problem lies. Some traditional and proven avenues to creativity should remain closed to workplace occupiers and designers – not least misery and drugs – so that leaves them with a bit of a challenge. As with the question of productivity, the whole issue is complicated by the prevalence of assumptions and myths and an inability to distinguish between correlation and causation. One thing we know for sure is that merely aping the specific features of an office inhabited by successful, creative firms won’t make the success and creativity rub off. The links between workplace design and creativity are not as simple as that.

Perhaps the most commonly applied cultural reasoning is that creativity thrives in an environment in which people are free to choose how to work and are free to switch off. There’s a lot of evidence to support this. For example, research carried out at the University of California, Santa Barbara by Professor Jonathan Schooler found that people are measurably more creative after taking a dip in the stream of consciousness. Daydreaming is part of the answer, in other words, as anybody who has had an idea while walking the dog will attest. The same researchers also found that people are better able to deal with challenging, creative tasks after they first work on an easier one.

So, there may be something in procrastination after all. The conclusion of the research was that people need to balance one mode of linear thought which is not needed for creative tasks with freeform creative thought processes which are the result of idleness, daydreaming and distraction. Switching between the two modes of thought is the catalyst for creativity.

Time of day also seems to play a role for many of the same reasons, according to a paper published in the journal Thinking and Reasoning by the psychologist Mareike Wieth. Their study concluded that people are better at solving ‘insight problems’ that require a great deal of creative thought when they are least alert. Conversely, tasks that require more analytical thought processes are best carried out when people feel most alert. So, part of the answer lies in self-awareness and an understanding from employers that some people may be more creative at different times of the day.

This modal approach to creative and process driven thought has been enshrined in popular culture by the work of Daniel Kahnemann in his 2011 book Thinking Fast and Slow, which delineates between two modes of thought: “System 1” which is rapid, instinctive and often emotional and “System 2” which is slower, deliberate, and more logical 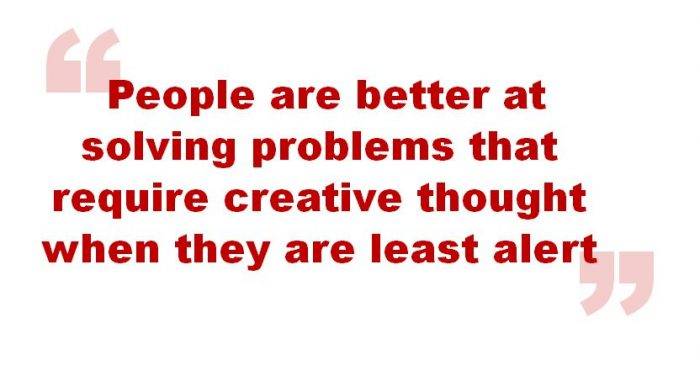 The processes involved are familiar from other research. Most notably, creativity is the result of an interplay between the two modes of thought and that uncontrolled and unconscious thought is a key ingredient in the mix. That is perhaps one reason why there is a strong link between autism and creativity.

According to a study published in The Journal of Autism and Developmental Disorders, when asked to come up with alternative uses for common objects, people with some degree of autism came up with fewer suggestions but offered more unusual ideas. Autism can be characterised by a heightened degree of rigid thinking, but it also allows people to exhibit more divergent thought too.

The challenge lies in harnessing this knowledge of the functioning of creative processes. There is one art form that lends itself to this study and it has been adopted by researchers in a study published in the journal Psychology of Aesthetics, Creativity, and the Arts.

The team at Drexel University led by Professor David Rosen asked 22 jazz pianists to play a track as they normally would several times and then on one occasions asked to improvise more than usual. In other words, they were asked to be more creative.  After the experiment, the musicians said they’d taken the instruction to heart and tried things they normally wouldn’t even in the context of a jazz performance.

One of the most intriguing aspects of the study is the distinction the researchers made between more and less experienced performers. The experts assigned to judge the proficiency of the improvisations, suggested that the more practiced the musician, the less impressive their improvisations. It wasn’t that they were uncreative, just that they had less access to uncontrolled mental processes of the type defined in Kahnemann’s work as System 2.

The Drexler study references saxophonist Charlie Parker’s observation that “you’ve got to learn your instrument. Then, you practice, practice, practice. And then, when you finally get up there on the bandstand, forget all that and just wail.” The study suggests that this is only true to an extent if your main aim is to come up with something nobody’s ever heard before.

This interplay of practice, expertise and creativity is also apparent in the work of Malcolm Gladwell and his critics. We have Gladwell to thank for the idea that expertise depends on something he calls the 10,000 hour rule in his book Outliers: The Story of Success. His argument is that to become world class in a particular field, one needs to practice the relevant skills for 10,000 hours, citing the work of Bill Gates and the Beatles, amongst others.

His argument about The Beatles is that, without the drudgery of performing for hours upon hours in The Cavern and The Star-Club in Hamburg, they would not have been able to use their expertise as a platform for their later creativity.

This is a compelling argument as Gladwell’s book sales would attest, but it doesn’t bear close scrutiny. In the case of The Beatles their later creativity was clearly the result of a number of factors which included their practised musical expertise but also access to new technology and new ideas about recording introduced to them by George Martin and – here it is again – drugs. Nor does it explain why bands with little or no expertise – we’re looking at you The Sex Pistols – could still innovate. This returns us to the findings of the team at Drexler.

The lesson for workplace designers and occupiers is to approach creativity as they would an objective like productivity or engagement. These are issues of such complexity that we cannot simply suggest that any specific working environment or feature will have any impact. We can (and should) reach for solutions, but they will always remain just beyond our grasp. 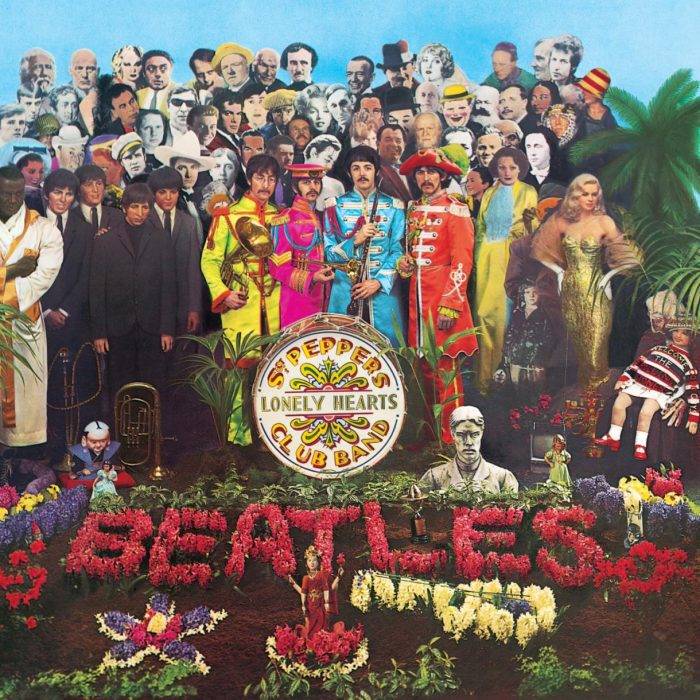 The post Riffing on the issue of workplace design and creativity appeared first on Workplace Insight.

Will shipper-carrier tension melt away in favor of collaboration?

Getting a better handle on the psychology of office design

The tipped out, left out and fallout from a failing workplace culture