Nations around the world are adding cyberwarfare to their arsenal, employing highly skilled teams to launch attacks against other countries. These adversaries are also called the “advanced persistent threat,” or APT, because they possess the tools and resources to pursue their objectives repeatedly over an extended period, adapting to defenders’ efforts to resist them. Vulnerable data includes the sensitive but unclassified information managed by government, industry and academia in support of various federal programs. Now, a finalized publication from the National Institute of Standards and
NIST Offers Tools to Help Defend Against State-Sponsored Hackers

As the global SaaS market surges, who pays for the energy to power it? 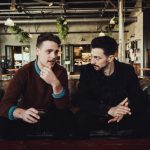 OnePlus Co-Founder tweets about upcoming foldable smartphone: What to expect

Instagram may be tracking your online activity, researcher claims

OnePlus Co-Founder tweets about upcoming foldable smartphone: What to expect

Instagram may be tracking your online activity, researcher claims