The amount of funding is record-breaking, marking the largest asset-backed securitization by a small business online lending platform to date.

The new transaction, which saw contributions from new and existing investors, brings Kabbage’s total combined debt and equity funding to $2.3 billion and raises its total debt funding to $940 million. The company plans to use the funds to pay down one of its existing asset-backed securitisation transactions.

The company’s CFO Scott Rosenberg says, “The new transaction positions the company for continued milestone growth as small businesses accessed more than $2 billion through Kabbage last year and more than $600 million already in the first quarter of 2019.”

Kabbage was founded in 2009 and has since extended more than $6.5 billion in loans to more than 170,000 small businesses in the US. The company underwrites the loans using non-traditional data, such as shipping records, to originate loans and monitor the business’ improvement to extend more credit, if needed. 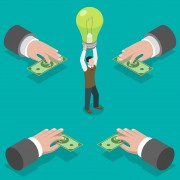 A majority of retailers struggle with inventory forecasting