India-based start-up Cashfree has raised $5.5 million in a Series A round led by Smilegate Investment, reports Jane Connolly.

US accelerator programme Y Combinator – from which Cashfree graduated in 2017 – also participated in the round, along with previous investors Vellayan Subbiah, former managing director of Cholamandalam Investment, and ex-UK Chancellor, George Osborne.

Having originally launched as a payment gateway, Cashfree also focuses on moving money in India and connects its customers’ corporate banking services via a single interface.

YourStory reports that the company intends to use the new investment to expand its team and to distribute its API banking platform, Payouts.

The company is used by more than 12,000 businesses to disperse bulk transfers for vendor payments, wages, refunds and more, via India’s UPI system or wallet accounts like Paytm. Cashfree also cuts down on manual work for customers by offering analysis, such as calculating top vendors and aggregating payouts.

Co-founder Akash Sinha tells YourStory: “We are in an exciting phase of fintech in India. There are new companies coming up that require flexibility and control over how money moves. Our API banking platform and Payouts enable this. It connects any organisation’s software product or ERP to the banking system for automated transactions.”

He adds: “API banking is the future of business banking in India and we are at its forefront.”

The company processes $4.5 billion annual recurring volume and has been profitable since graduating from Y Combinator 18 months ago.

TechCrunch reports that Cashfree could emerge as a challenger bank in the future, but co-founder Reeju Datta says there would need to be more fundraising and the need to “wait for the regulatory climate to clear up” before that would become a possibility. 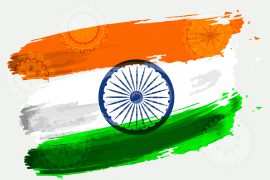