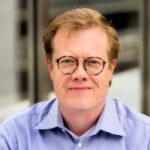 FinovateFall 2020: COVID-19 a chance to build, not just react

June 28, 2022
June 28, 2022
The space station is a bridgehead for human space exploration missions. During its construction, operation,...

Analysis highlights strategies beyond recycling to bolster circular economy for solar and...