This blog post is about a coauthor of the IEEE Spectrum feature article: “A Smart Stethoscope Puts AI in Medics’ Ears.”

The invention that made James E. West famous came out of his conviction that he could make things better.

West was born into a world in dire need of improvement. He grew up during the Great Depression in rural Virginia, where racial segregation laws denied his family many opportunities. But he challenged the status quo with every step forward in his education. In 1953, he entered Philadelphia’s Temple University, and he soon landed a coveted summer internship at Bell Labs.

His supervisors asked him to work on headphones used in acoustics experiments, which weren’t able to transmit ultra-precise pulses of sound. West built a new kind of headphones with a transducer made from a solid dielectric material. Then he went back to college.

“In November, I got a call,” West remembers. “They said, ‘Gee whiz, these things work very well, but only for a limited time.’ So I agreed to come back over Christmas break to see what I could do.” Further experimentation led to his invention, with colleague Gerhard Sessler, of the electret microphone, a now-ubiquitous technology used in hearing aids, computers, and mobile phones.

After graduating in 1957, West joined the Bell Labs staff. There, and later at Johns Hopkins University, in Baltimore, which he joined in 2001, he continued to invent new technologies and improve existing ones, working in such areas as architectural acoustics and teleconferencing. West, an IEEE Life Fellow, was inducted into the National Academy of Engineering in 1998, the National Inventor’s Hall of Fame in 1999, and was awarded the National Medal of Technology and Innovation in 2006.

His newest invention is a smart stethoscope, which uses adaptive acoustics and artificial intelligence (AI) to help health workers diagnose pneumonia. On this project, he partnered with Johns Hopkins colleague Mounya Elhilali, who directs the Laboratory for Computational Audio Perception.

The project grew out of an effort by Johns Hopkins doctors and public health researchers to tackle pneumonia, a top killer of children in the developing world. The researchers knew that health clinics in the developing world are noisy places, and that the workers struggle to hear anything through their stethoscopes. They also knew that these clinic workers typically have only basic medical training. That’s why they asked West and Elhilali, in the university’s department of electrical and computer engineering, to help.

The smart stethoscope they designed filters out ambient noise while still preserving the irregular sounds from the lungs, and indicates whether the breathing patterns are symptomatic of pneumonia. The device is currently undergoing field testing, and the startup Sonavi Labs is working to commercialize the technology.

For West, this project seems like the next step in his lifelong effort to improve the world. “This is the first time in my career that I’ve had an opportunity to save lives,” West says. “Who knows, maybe one of the babies we save will find a solution to a major problem of their day.” 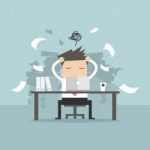