Agora Services is officially launching in the US, coming out of stealth mode, and aiming to help small-sized financial institutions improve their digital experiences without replacing core banking systems.

No need for a core revamp in the US.

Agora participated in Mastercard’s Start Path Programme, an initiative to support late-stage fintech and tech start-ups. After this, Agora was selected by the Independent Community Bankers of America (ICBA) to participate in its newly launched accelerator.

The start-up’s platform is described as “European challenger bank tech”, which the firm says it means that it’s less than three years old, and thus can provide real-time banking up to European standards – but in the US.

“I’ve heard so many times from community, credit union and regional banks that they had no solution from their legacy core banking provider to really digitise their offering to compete with larger banks and other fintech start-ups. That’s why we decided to launch Agora,” states Arcady Lapiro, Agora CEO.

“We’re looking to significantly expand our team to answer the demand from US and LatAm banks joining our platform next year. To fuel future growth, we are in discussions with major fintech VCs and plan our Series A round for some time in 2019,” he adds.

Agora has two integration models, either APIs for standard solutions or co-creation of complete mobile banking suites, both cloud- and API-based

It was founded by Lapiro, a member of the executive committee of Fortuneo Bank, with over $25 billion in assets.

He is also a venture partner of the largest independent fintech VC in Europe, BlackFin Capital Partners, as well as a mentor and advisor to many other US and Israeli fintech companies. 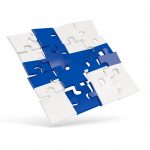 The services trinity: Three is the magic number

White paper: The state of IT incident response in financial services

Digital fraud in the pandemic world

Get a Handle on Social Media Week 2022 HighlightsMalinda DiPasquale

Digital fraud in the pandemic world

Get a Handle on Social Media Week 2022 HighlightsMalinda DiPasquale