Enabling a more holistic approach to SD-WAN adoption: A guide 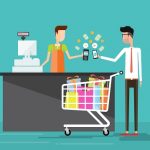