Bnext is gaining traction in Spain with its mobile offer, with a challenger bank design not too unfamiliar for those in the UK.

Spain gets a taste of London’s challenger

In fact, Bnext openly admits that it is following the beat of Monzo, even by launching bright pink cards as part of its branding strategy, marketplace included.

In 2016, Bnext co-founders Juan Antonio Rullán, CTO; and Guillermo Vicandi, CEO, said they started considering the idea of a bank which returned to the people the power to decide their own financial life.

Vicandi has had experience at BBVA and ING. The latter had already launched a digital proposition in Spain.

FinTech Futures understands that Bnext is using a third party licence. We have got in touch with the bank and are awaiting reply and comment. 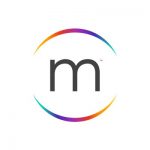