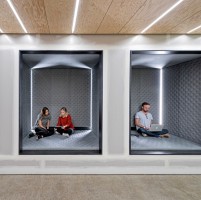 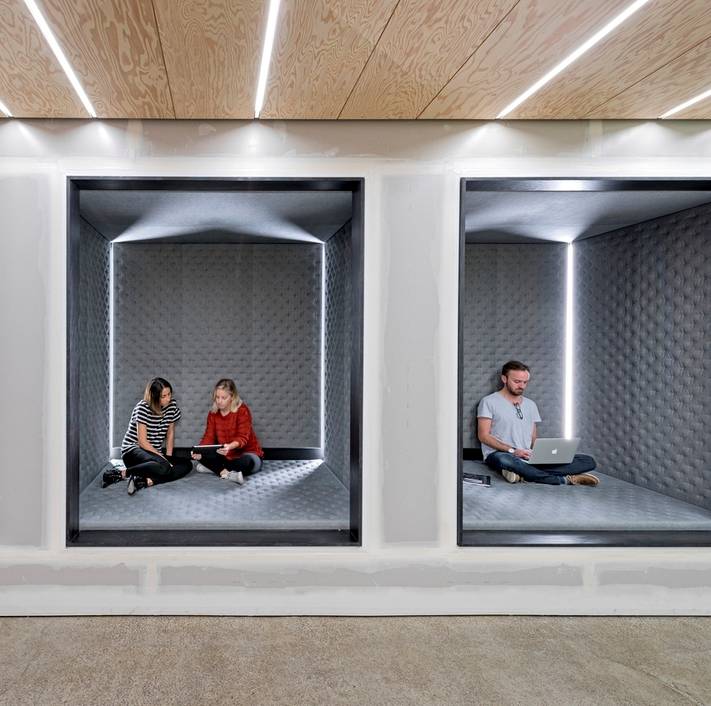 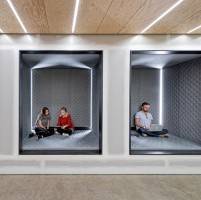 Of all the memes and narratives that corrupt public discourse about workplace design, the most pernicious is the one that suggests there is a linear evolution to some grand end point called the Office of the Future. There is a natural human inclination to buy this sort of idea, fed by an assumption that what we find most interesting, aspirational and hence what we read and talk about forms a goal. Read any style magazine and you’ll see the same process at work in every facet of our lives. This is why so many people are quick to consume and then regurgitate the idea that what we see happening in the world’s great tech palaces and creative offices represents the apogees of design to which the rest of us must one day succumb.

This notion rests on misguided assumptions about what really goes on in such offices and what these assumptions mean for firms in other sectors. It is the great apex fallacy of workplace design and it is one we must constantly challenge.

The bête noire of this narrative is the open plan office, that great manifestation of bland corporate culture, efficiency, command and control. We are constantly reminded that the days of this sort of thing are over or ending, yet not only is an open plan office to be found at the heart of Facebook’s new HQ, it remains an important element in pretty much all offices in all sectors in all nations. As Primo Orpilla of Studio O+A reminded the audience at a session I chaired at  Clerkenwell Design Week, there’s nothing wrong with an open plan office; the problems are connected to the design or lack of other spaces.

The data backs him up. recently, Dr Peggie Rothe of Leesman used their vast accumulation of data to write this piece, challenging some of the most commonly held assumptions about the open plan, describing the now routine antipathy to the idea as a witch hunt. The equally well-informed Nigel Oseland made a similar plea for understanding on Insight, drawing on his own work and that of other researchers to highlight the complexities of the issue. 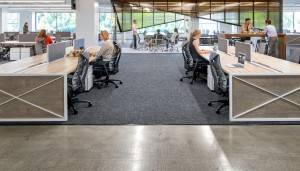 You could add to this that the problems commonly associated with open plan offices are also about company culture and the design of digital spaces, which are the true battlegrounds of modern company life. The idea that a particular design idiom or feature will solve a problem by itself is palpable nonsense. People can be happy and productive in a badly designed office (or no office at all) or miserable and demotivated in a gilded cage. There is a link between design and the things that organisations and employees want, but without the glue of culture it all falls apart.

Of course, the workplace design industry itself is complicit in perpetuating the idea that if you buy or design x then y is the inevitable or likely result. This is understandable but it can distort the way ideas are presented. For a start, case studies often misrepresent what actually happens in offices. Drive a double decker bus into the building to use as a meeting room and that is what the marketing department and media will focus on, ignoring the serried ranks of grey tables and task chairs in the background. Unless such features reflect a culture, they are the equivalent of an otherwise dull person wearing novelty socks to look wacky.

The symbols of this enforced corporate wackiness are the slide and the ping pong table. So clichéd have such features become in certain sectors that Vanity Fair suggested in a recent article that falling sales of ping pong tables in California suggests that Silicon Valley might be in trouble. There is nothing wrong with playfulness and the inclusion in a workplace design of ways for people to escape their chairs and the spectral glow of the screen must be welcome, but you can usually tell when it’s all pinned on, especially when it fits with a particular narrative. In this case, the idea that if you want Millennials to work for you rather than somebody else, buy them a ping pong table. 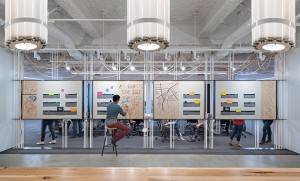 The wider impact of change

This kind of thinking inevitably leeches out into other sectors. In 2014, the British Council for Offices published a report which highlighted the wider impact of workplace design trends and commercial property arrangements  in the Technology, Media and Telecoms (TMT) sector. It suggested that they are having a transformational influence on the way firms in other sectors approach leases, workplace design and the changing nature of work. It is no coincidence that the TMT sector is the one most commonly associated with the employment of the much-talked-about Gen Y demographic, nor that the business practices most commonly associated with this overly-stereotyped group are those that are having the greatest influence in the way we design and manage offices.

The report, called quite simply Technology, Media and Telecommunications, not only identifies five sub-sectors of the TMT market, it also manages to pinpoint exactly why we find this world so intriguing – its youthfulness, entrepreneurial spirit, newness, fast-growth, trend awareness and all-round verve. These characteristics are not only reflected in the design of the workplaces these companies inhabit, but also in the way people work and the way they lease space. The report also suggests that these are the things that other organisations most aspire to. So in an apparent attempt to ape the approach of TMT companies to the workplace, presumably hoping some of the magic will rub off on them, other sectors are following suit.

This is a dangerous trap because it may lead to decisions taken that do not fit or reflect a company’s own culture or one it genuinely aspires to. This is the great apex fallacy of workplace design and it is one of which we should be very wary. We now have the ability to design the workplace in whatever way works best for each circumstance, including having no office at all. So we must never assume that any one idea is a universal solution whether that’s a bland open plan space or an incongruous facsimile of something extraordinary we are told or believe will make us look a particular way, solve a problem or meet an objective. 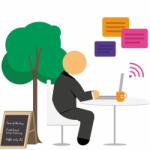 Maersk CEO promises instant booking on most shipments by mid-year

Discrimination against workers highest in UK

MPWIS Podcast: The Importance of Storytelling in Sports With WWE’s Stephanie McMahonAdweek Staff

July 1, 2022
July 1, 2022
Automation and computer-aided designs are seeding the future of home gardens. With the onset of...

A model that allows robots to follow and guide humans in crowded...

MPWIS Podcast: The Importance of Storytelling in Sports With WWE’s Stephanie McMahonAdweek...